YES! I want a kestrel/screech owl nest box for my property! 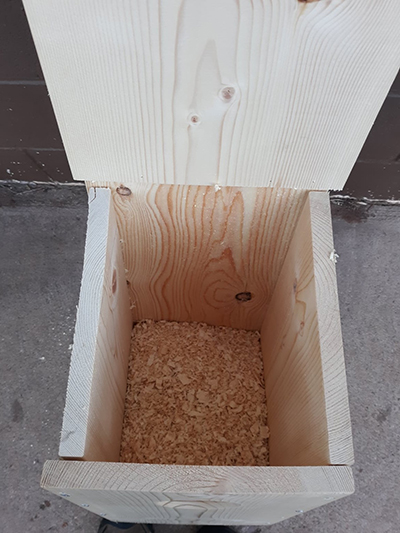 Kestrel nest boxes do not have the ability to be shipped. Local pick up/delivery only.

I understand that a volunteer from the Black Hills Raptor Center will contact me as soon as my box(es) is/are built, and deliver them to me.

I am responsible for putting them up in correct habitat.

Appearance
A small, roughly Blue Jay-sized falcon. The male’s slate-blue head and wings contrast with his rusty-red back and tail. The female has the same warm red-brown on her wings, back and tail. Both male and female have vertical black markings on the sides of their pale faces (malar stripes)

Foraging methods
Can hover in the air over a field with rapid wingbeats, or perch and scan the ground for prey. Swift enough to catch and eat dragonflies on the wing.

Breeding
From mid-April to mid-June, may lay four to five eggs in a cavity such as a tree hollow or rock crevice

Diet In summer: grasshoppers, dragonflies, and other insects; mice, small rodents, and songbirds.

Conservation status Scientific studies have documented declines of kestrel populations by more than 50% in the past 50 years.